Solution home Getting started with your order Which product is for me?

Following on from our Do I need an inverter? article, if you've decided that it's what you need, then the next question becomes, pure sine wave or modified sine wave. These are the two primary types of inverter on the market.

So what's the difference?

Pure sine wave - This gives a true wave form with curved peaks and troughs. This is very similar to grid electrical wave forms and provides a cleaner, smoother power delivery.

Modified sine wave - A squared off wave form, with small gaps in between waves gives a lower (but still very usable) quality of electricity. 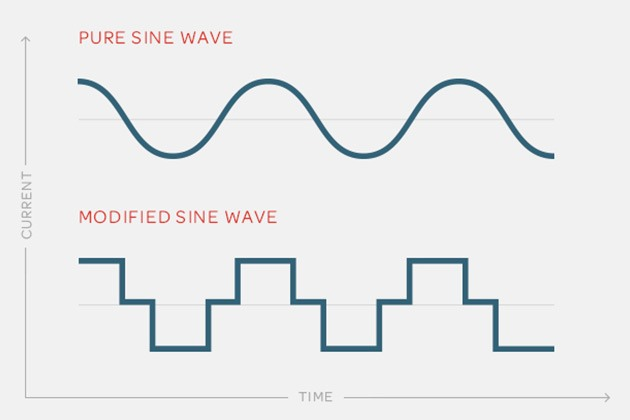 What difference does it make?

A pure sine wave form is the best, it will work on all kinds of electronics, the only real drawback is the cost of the unit.  However, this doesn't mean that modified sine wave inverters are useless, on the contrary, the modified sine wave's lower cost and wide range of applications still make them a popular choice. (Albeit without as wide of a range of applications as the pure sine wave).

As stated above, pure sine wave inverters are suitable for anything that can be run through an inverter, the only choice then is the size of the inverter.

Some of these items may run okay, if the power of the component is not near the limit of the inverter but there may be either an audible humming sound (caused by "noise/interference") and/or a decrease in performance of the product. Efficiencies can drop by around 20% with some items. e.g. lower power output from a microwave.

This interference is what makes it not suitable for running mains powered audio equipment or newer TVs from a modified sine wave inverter.

The image below comes from the manufacturer of our own brand inverters. 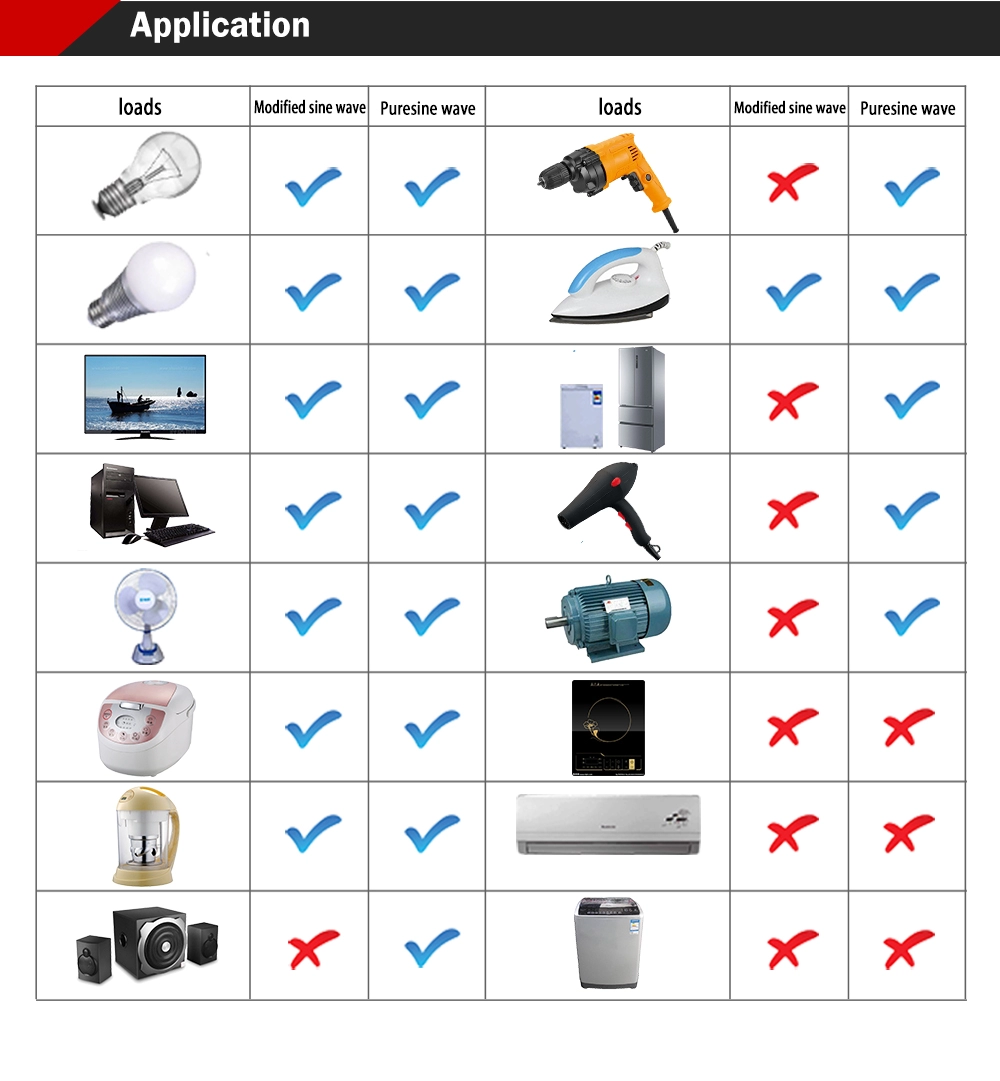 The items on the bottom right of the graphic which are marked as unsuitable for inverters, would only be able to be run using a very heavy off grid system with a large battery bank of either 250Ah+ Lithium, or 400Ah+ AGM batteries. We would then not recommend using a leisure grade inverter, but rather a commercial unit, such as the Victron Multiplus, Victron Phoenix or the COTEK pure sine wave inverter range.

Please also be mindful that each of the components in the above diagram would need to be run through a suitably sized inverter. Making sure the components max wattage draw does not exceed the continuous wattage load of the inverter.

Now we've covered all of the electrical differences and what they mean. There are a few practical differences within our range of inverters, mainly at the 1000W level, which is by far the most popular size in both modified sine wave and pure sine wave.

The summary of differences

As much as a pure sine wave inverter ticks all of the boxes in terms of performance. Most equipment will run without noticeable difference on a modified sine wave inverter, traditionally for around half the cost.

However, if you're concerned with the efficiency or would just like to not worry about what you can and can't plug in (bearing in mind usual wattage restrictions still apply) then the pure sine wave might be for you.

I hope you've found this helpful, have a great day!

J
James is the author of this solution article.

Did you find it helpful? Yes No

Send feedback
Sorry we couldn't be helpful. Help us improve this article with your feedback.